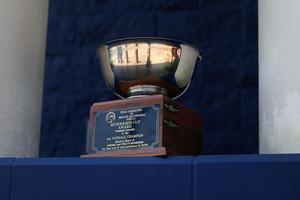 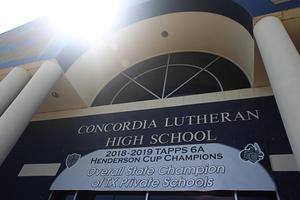 Concordia Lutheran High School finished atop TAPPS 6A as the highest performing extracurricular private high school in all of Texas.

Concordia Lutheran High School earned their third Henderson Cup title in school history for the 2018-19 school year, finishing as the top school in the largest division (6A). The Henderson Cup is the most prestigious title awarded by TAPPS (Texas Association of Private and Parochial Schools), with over 200 private schools across the state of Texas competing for the title. The award measures a school’s total extracurricular offerings by compilating points for state tournament finishes and playoff berths.

Concordia’s title was their second in three years after finishing as runner-up in 2017-18. The consistently high finish in recent years is a result of equally strong showings from both the Athletics programs (56 points) and the Fine Arts and Academics programs (46 points).

Concordia’s athletic department featured teams in 18 of the 19 TAPPS athletics categories offered this past year. The Crusaders earned points in 11 of those 18 activities for a total of 56 points of their overall 102 points.

In 2018-19, the Girls’ Athletics teams contributed 30 points, led by State Runner-ups Volleyball and Girls Track. The Boys’ Athletics teams added 26 points with Final Four appearances from Baseball and Basketball, as well as a 3rd place finish from the Golf team.

The strength of Concordia Lutheran High School is the people involved in the ministry, including faculty, staff, coaches, administration, board of directors, and of course, the students. The Henderson Cup is a reflection of the hard work and dedication of our talented student population who represented our school well across the state all year long.