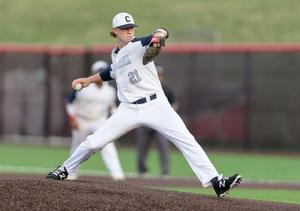 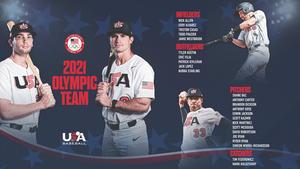 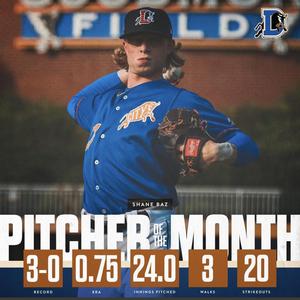 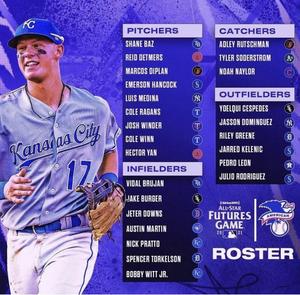 Concordia Alum from Class of 2017, Shane Baz, punched his ticket to the 2020 Tokyo Olympic Games after being named to the Team USA Baseball’s Olympic Roster.

4 years removed from high school graduation, only a few people can dream or be lucky enough to have the opportunity to train to be an Olympic Athlete. Over the years, Houston has been a hotbed for current and past Olympic talent: Simone Biles, Jordan Chiles, Mary Lou Retton, Simone Manuel, Glenn Eller, Steven Lopez, Laura Wilkinson, Cat Osterman, Jimmy Butler, and many more. After this summer, that list will include Shane Baz.

According to available school records, Shane Baz ’17 is the first Concordia alumni to be named an Olympic Athlete! Being named an Olympian is just the first exciting bit of news for Baz, who has had quite the last month.

At the beginning of July, Baz was announced as an Olympian for Team USA and will be competed in Tokyo this summer! Full release about Team USA’s Baseball team: https://www.usabaseball.com/news/topic/general/u-s-olympic-team-roster-announced?fbclid=IwAR2DuEw2yn9y5G5XxBCLR6pC86JpVTBuVnvxkpWbBRlUItKOqCQPa95hfL0

In the middle of June, Baz, a RHP for the Tampa Bay Rays AAA-affiliate Durham Bulls, was promoted from AA ball up to AAA. He was named the MiLB Pitcher of the Month for June going 3-0 with a 0.75 ERA. We hope to see him called up soon for the AL East 2nd place Rays, or at least for their 40-man playoff roster, assuming they make the post-season.

Finally, at the end of June, Baz was named as one of the pitchers for the American League team of the MLB All-Star Futures Game on July 11th at Coors Field in Denver, CO as part of this year's All-Star weekend festivities. Great work Shane and we are proud of you!

More information about Baz' climb through the minors can be read at the article below: https://rayscoloredglasses.com/2021/06/17/shane-baz-promoted-durham/?fbclid=IwAR0vgJ9sVtzRMeiYHgYeHLH2ocER5pUpNEgbktuQ1k8fhqnqva3617w6MM4